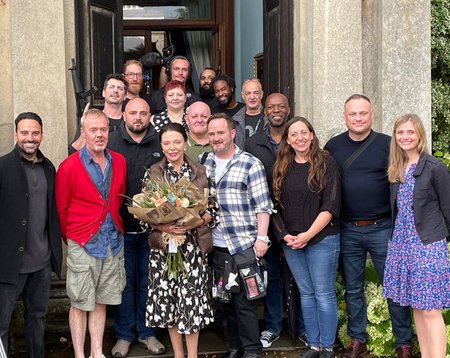 On the face of it, the decision to start a production company in the middle of a global lockdown which showed no signs of ending, could only be decribed as madness.

Yet that is exactly what I did in March 2021 when, after 25 years as a professional writer, I decided that if I wasn't going to go for it now, I never would. So, after talking it over with my wife Tina and business partner, Chris O'Farrell, I took the plunge.

The reasoning however, was sound. For with the industry effectively stalled and so many projects at various stages of development, some of which were already sitting on production company desks waiting for decisions, going it alone seemed like the perfect way to effectively re-brand myself and take control of my work. Equally, as a veteran I had always been keen on the idea of doing something which would give something back to the armed forces community. Not just through charitable support, but by providing genuine opportunities for veterans to work in the film and television industry both as cast and crew.

This seemed like the perfect way to do all that and so Red Bus Movies was born.

It worked almost immediately. A script called The Battle Of Stathie Manor that I'd written with my We Still Kill The Old Way co-writer, Gary Lawrence had already attracted interest from John Adams and Diane Shorthouse at Evolutionary Films and this gave it fresh imputus. So much so that with the support of the UK Global Screen Fund (a DCMS fund administered by the BFI) we were soon heading for production with our first project.

With The Battle Of Stathie Manor in Evolutionary Films safe hands, we've turned our attention to three further projects, The 45th, Howzat! and Pizza & Miracles with others lined up to follow. 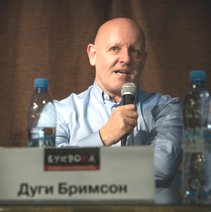 With two further award-winning features on his CV -Top Dog based on his novel (best feature at the 2014 British Independent Film Festival) and We Still Kill The Old Way (nominated best feature at 2015 British Independent Film Festival) - Dougie is a prolific screenwriter with several projects and adaptations of his novels in development. These include the comedy feature, The Gentle Sex which is slated to film in March 2022 starring Dame Joan Collins.

As an author he has sold over 1,500,000 copies of his books worldwide including numerous Amazon and iBook #1 best-seller rankings.

Former tennis professional Chris O’Farrell has a background in sports management and the development of social media platforms and content.

Aside from representing the interests of international footballers and olympic athlete’s from basic management to contractual negotiations and completions, he developed a global entertainment portal which focused on utilising and monetising the intellectual property of ‘ikons’. www.ikoncity.com ranked in the top 3000 websites globally.

More recently, he has been the driving force in the development of the forthcoming Matthew Hayden cricket game https://haydos380.com/ and the app, eatselecta.com which will launch later this year. He also develops high end properties.

His key personal quality is integrity whilst his primary business skills are getting deals done -from initial concept through to contract negotiation- and problem solving.   He is also in demand as a political campaign manager and was active during the last general and London assembly elections.

Chris is a keen supporter of numerous charities and is prone to picking up litter!

Director of Development and executive producer. 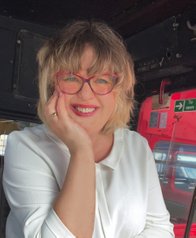 Sonia Beldom has created series for superstars such as Victoria Wood, Robson Green, The Hairy Bikers and while Head of On Screen Talent at
Mentorn Media she was part of the team to bring Ricky Gervais, Stephen Merchant and Karl Pilkington to SKY 1’s “An Idiot Abroad”.

In 2013 she set up the factual entertainment company, Babygrand Productions, bringing David Walliams to “Chitty Flies Again” for Channel 4 and developing series for Ray Winstone and Sheridan Smith.

In addition to dreaming up factual and drama TV ideas Sonia is an in-demand Executive Coach, specialising in communication and confidence skills for the creative industries around the world.

Ironically, Sonia is the only member of the team who can legally drive an actual red bus. For having fallen in love with driving big vehicles whilst working on her first original TV commission (Panic Mechanics - BBC1) she qualified to drive Routemaster buses and can often be seen driving one around London in her spare time.

Her affection for Routemasters led to the writing and publication of “Granny Franny’s Big Red Bus” to raise funds for the drivers and families affected by Covid. Encouraged by the reaction from children and parents, a second book followed with a third due for release Spring 2022.

Sonia can often be heard by her neighbours playing jazz piano and is the creator of soniasmum.com - a funny, uplifting and often emotional blog about growing up with a mentally ill mother.